Janet is our Director of Quality Assurance and ensures that the software we are deploying works great and is bug free.

What would you say you do at iSeatz?

Testing ... and a little bit more. Obviously great code and rigorous testing is one key to quality, but I also help with quality architecture - helping create the pieces we need so we can deliver the best software.

My main focus is automating as much as we can, especially implementing unit tests. Unit tests verify that the code does the thing it's supposed to do. Development is responsible for creating the unit tests, but when you’re on a deadline creating the tests can be the first thing to go out the window, because it’s just easier to write more code than to make sure every unit of code is testable. So I am in charge of ensuring our unit testing is actually done, and that the triggers are set up so that the unit tests run properly.

Unit tests prevent defects from being committed to the code base. That means QA can be more effective because problems were identified early.

What do you love about your job?

I love being challenged. My schedule is a rough outline but I don’t ever know the exact content of the day. And I love applying my years of experience to challenges at iSeatz.

Did you always know you wanted to work in tech?

No. I have a degree in Dairy Science. I was born and raised on a dairy farm and thought I wanted to be a veterinarian. 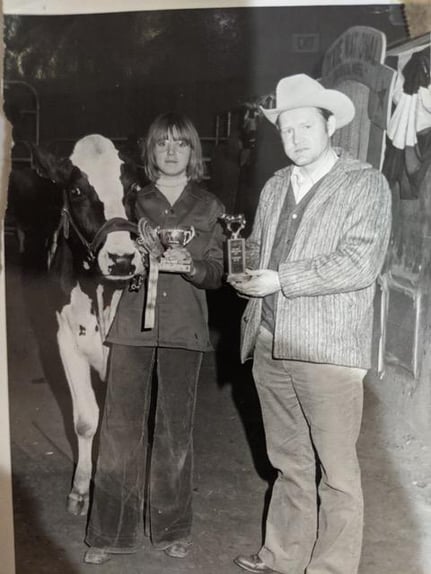 My first job was with a dairy science company out of Dallas, Texas. I drove around Louisiana and Mississippi with a nitrogen tank full of bull...material...matching people’s herds. I loved the work, but it was a lot of time on road and I felt I hit an income ceiling very quickly, so I decided to move into logistics.

My next job brought me much closer to technology. Logistics has always used a lot of tech to streamline operations, and the owner of this business really wanted to be at the forefront. The warehouse had a network (aka a giant computer in a closet with some wires) and lots of connected software and hardware.

Working with that tech came very easy to me. Very quickly I became responsible for our rack servers, software, computer-controlled climate control, the technology inside the delivery trucks - I got to touch every piece of technology there is and work alongside software developers who were using our location for beta testing of new products. It was very exciting.

The word “technology” was not even something that you would describe yourself as "working in" until the early 90’s. And it was not until the mid-90’s when I decided that “yes, I work in tech, the rest of my career will be in tech.”

What do you think made you successful in tech so quickly?

The right factors were there.

I have a natural knack for problem solving with facts, which I think comes from my biology background.

The experience that was given to me was also ideal: the owner of the business wanted to be on the bleeding edge as well, so he was willing to take the pain of learning to get to that point. So it really allowed me to stretch my wings.

What are some challenges from your career, especially those related to being a woman?

One instance stands out. I was the QA lead on a project at a global company, and I was not getting what I needed from my partner on the project. I needed to get information to do my job and I went to my local manager to get the information. When I presented it to my teammate he went crazy - yelling about the fact that I went "behind his back," and eventually hanging up on me.

In hindsight I think he may have had some cultural hangups about being directed, or told what to do, by a woman. That entire project was a huge challenge because of that.

What would you want to say to women who might feel “unqualified” as they try and break into the field?

Don’t let the job description scare you. Always apply! If you apply consistently and you put your best foot forward you will eventually have an opportunity.

Some of the better folks I’ve worked with came through a non-traditional path. I think being exposed to different industries actually brings enhanced skills to the table - more perspectives is a good thing!

How do you think iSeatz, and the larger tech community, can help get more women into technical roles?

Large companies will make a big commitment to hiring women: a Women’s Initiative, or a Commitment to Diversity. So I think putting a name on something official can help make it real, and ensure everyone gets behind it.

And one of the unsung byproducts of having those programs is it scares off people who aren’t excited about working in a diverse environment.

What do you wish you could tell your early-career self?

I definitely would have gone into tech sooner. Now it is so clear how important tech is, and what a fulfilling career you can have. Back then it seemed like science was the direction to go for a fulfilling, stable career, tech was just punch cards and giant, room-sized computers.

What technologies and tech-driven developments excite you the most about the future?

How do we test faster and smarter and identify what needs to be tested? There’s AI out there that can automatically change itself as you change the UI

I’m bullish on VR. In oil discovery. In big industrial companies. It isn’t about Netflix and entertainment. It is about shrinking the world and creating “digital twins.” You don’t need to fly across the world to perform a surgery or fix a machine, it can be accomplished through VR.

From a travel perspective, VR is going to blow still pictures out of the water.

What do you do in your spare time?

Spend time with family and Xbox. I'm a geek at heart!