What is your role?

My title is longer than the Mother of Dragons. I am the head of UIX and Optimization. I take data and let that be the true driving force behind how we design and enhance our products.

We are also rapidly changing the way design and development work together - making sure our UIX team knows how we code and how our platform functions, and making sure our engineers have an open line of communication with design.

How did you get into design and technology?

I accidentally bought an HTML book when I was 10.

I thought it was the coolest thing in the world that you could write lines of code and then open up a browser. Of course, like every millennial woman I had my own website and online journal that I designed and built.

Web design almost felt like a god complex. You were writing this language that the vast majority of people didn’t understand and breathing things to life. What you could create was boundless and there was so much potential.

So because of that I was one of those weirdos in high school who knew what they wanted to do. I wanted to be a web developer.

Did you go to school for this?

My plan was to go to Loyola University for Computer Science. But Katrina happened and they shut down the Comp Sci program. So I switched to Graphic Design. At the time the focus of the program was not digital but I still learned a lot - psychology, colors, balance, how to use design technology.

When you get a degree in Graphic Design in New Orleans 99% of the time you go into advertising. So that's what I did. 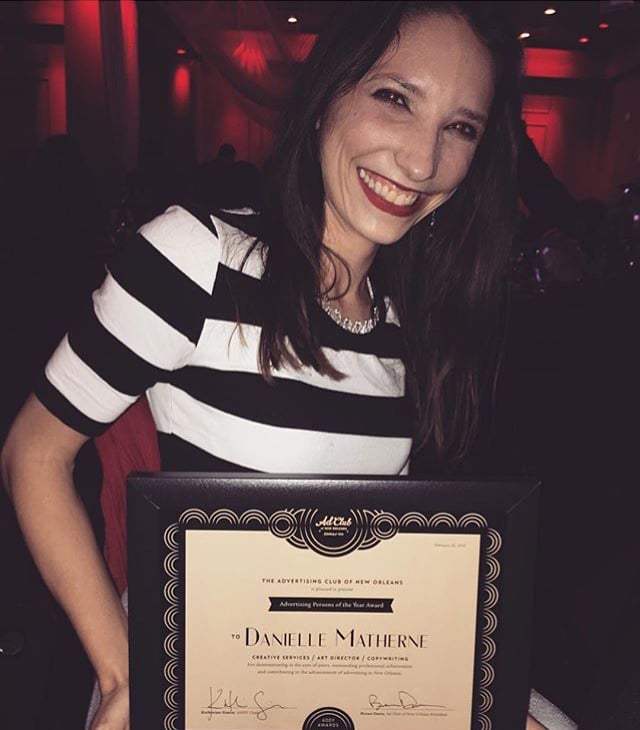 I started as an intern, left as an Art Director/Developer.

After several years I moved to a product design firm which included both industrial design and digital design, which is where I really honed my interest in designing products end-to-end. I think the variety of my career has really helped my ability to lead and manage - I've done it all.

I actually worked for the company that designed the iSeatz website back in 2013 and I always thought it was a really cool company with a great culture. I liked the idea of working in travel. And I also liked the idea of becoming a true expert in one thing.

I also asked Jasmyn [the iSeatz Director of People & Culture] what the average tenure looked like at iSeatz and it was unusually long. I was looking for a place to really grow, and maybe even retire from, so iSeatz looked like an ideal landing spot.

I had a great mentor at my first job.

She was the Director of Digital and she realized I could code, even though at the time I was just an Associate Art Director. She plucked me up and threw me into the deep end on a major project. I built my first responsive client site in 2014 (the site is still live today!). She had the best attitude. We could be working an all nighter and she would have tons of energy. We could be taking on water and she would rally the team and say “we’re all in this together.”

I’ve been lucky to have a lot of people who have influenced my career, but she set a really strong example for how you lead a team.

What is it like managing a team of men?

I’m lucky to have an emotionally intelligent team so we’ve never run into any issues. They work without ego and know that a rising tide lifts all boats.

It also helps that I don’t rule in a top down mentality. We’re a unit, I just happen to be in front and taking the biggest hits. I think being grateful and saying thank you is a universal language and it goes a long way. No one - no matter how you identify - likes a nagging, micromanaging, ungrateful boss.

HAVE YOU EVER FELT LIKE BEING A WOMAN HAS HELD YOU BACK OR CHALLENGED YOU IN YOUR CAREER?

In one of my roles I was wearing multiple hats and really busting my butt and I found out that someone, a man, who was my junior by more than a level, and had much less responsibility than me was making a good 25% more than me.

It was incredibly frustrating and it inspired me to know my worth. From then on I knew I had to work even harder, and jump that much higher.

Do you ever have "imposter syndrome"?

Of course. Though it gets better with time. When I was younger I was so hesitant to say I was a “developer” even though I can and do write code. I thought I wasn’t good enough to claim that mantle. I was just a "designer."

Being a female developer sometimes can be like being a woman who likes sports or cars. You mention you like cars and some man will start quizzing you on tire brands from the 1970's and if you can't answer "adequately" then you must not really love cars.

Now I won't let myself be gatekept. I am a developer. I am just as skilled as many, many men and just because my path has been different or I don't know COBOL doesn't diminish what I bring to the table.

What advice would you give your early career self?

And when you walk into a meeting and it's all men (which happens all the time) don't say yes when they ask you to print something or get coffee. I think women tend to take on menial tasks because we want to prove we can take on everything, but I think it is important to stand strong and know that you’re there for your contributions to the meeting. Men can make coffee too.

A huge part is seeing women in those roles. And in leadership roles.

What technologies and tech-driven developments excite you the most about the future?

I’m very interested in personalization. How much value can we glean from trying to predict what people want? At what point does it stop and it remove the agency of the user?

Also wearables and the internet of things. How do we break out of the digital fortress we’ve created and we have technology beyond the screen - glasses that automatically correct vision, a hat that can cool or heat us depending on stress levels. That said, I'm not buying a Ring doorbell any time soon!

Our favorite resources for women in tech: